New Fed Figures Show US Manufacturing is Back in Recession 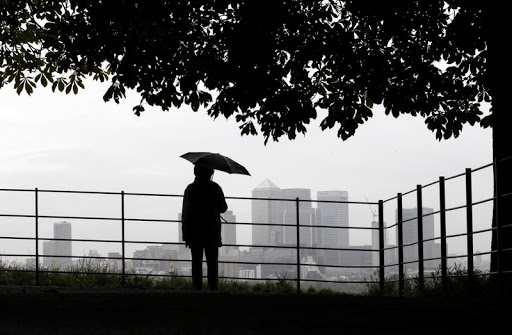 The Federal Reserve's new industrial production data showed that two straight monthly real output decreases helped drag American manufacturing back into its second technical recession in less than a year. Cumulative inflation-adjusted production for the sector is now down since July. The new figures also showed that technical recessions continued in the durable goods super-sector and the automotive industry – which had previously led manufacturing's post-recession rebound. As a result, constant dollar output in manufacturing is still 4.39 percent below its level when the last recession began in late-2007 – more than eight years ago.

Here are the manufacturing highlights of the Federal Reserve's new release on February industrial production:

>A new monthly output dip in March and a downwardly revised February figure helped drag American domestic manufacturing back into its second technical recession in less than a year.

>The new monthly results plus a set of recent annual revisions released April 1 now reveal that inflation-adjusted manufacturing production is now below the level it hit last July – a ten-month stretch during which output has declined by 0.22 percent in constant dollar terms.

>The latest annual revisions also showed that domestic industry had shrunk on net by 0.26 percent between November, 2015 and December, 2015 – a 13-month period.

>According to the March data, technical recessions also lengthened for the durable goods super-sector (to ten months), and for the automotive sector that had previously led manufacturing's recovery from an historic recessionary dive (to eight months).

>Since last May, durable goods output is down by 0.10 percent after inflation. Since last July, automotive production (including both vehicles and parts) is down by 2.02 percent.

>In monthly terms, overall inflation-adjusted manufacturing output fell by 0.24 percent in March. February's 0.16 percent sequential output rise was downgraded to a 0.14 percent decline. The new figure for January's real production gain was pegged at 0.44 percent – down from 0.49 percent – but the previous figure was also affected by the annual revision exercise.

>Durable goods output is now down 0.81 percent after inflation from its July peak, and only 0.37 percent higher than when the last recession began at the end of 2007 – more than eight years ago.

>On a year-on-year basis, durable goods production improved by 0.34 percent in March. Although this figure was less than half 0.69 annual increase for February, it easily bested the 0.05 percent decrease for January.

>The newest March real annual increase also trailed the 1.28 percent from March, 2015-March, 2015, and the 0.68 percent gain between the previous Marches.

>Largely as a result, overall real manufacturing output is now 4.39 percent below the level it hit at the last recession's December, 2007 onset.

>Non-durable goods production fell sequentially for the second straight month, too – by 0.08 percent. February's previously reported, barely detectable 0.01 percent gain is now judged to have been a 0.49 percent drop.

>On a year-on-year basis, non-durables real output advanced by 0.73 percent – continuing a recent trend of outperforming the durable goods sector.

>Yet this increase lagged behind February's 1.22 percent improvement and January's 1.48 percent. Moreover, it was also considerably slower than the 1.87 percent real production increase registered between the previous Marches, although it was much better than March, 2013-2014's 1.23 percent inflation-adjusted production drop.

>Despite its recent out-performance, non-durable goods production is now 10.08 percent lower than at its pre-recession peak, in July, 2007.

DISCLOSURE: The views and opinions expressed in this article are those of the authors, and do not represent the views of equities.com. Readers should not consider statements made by the author as formal recommendations and should consult their financial advisor before making any investment decisions.